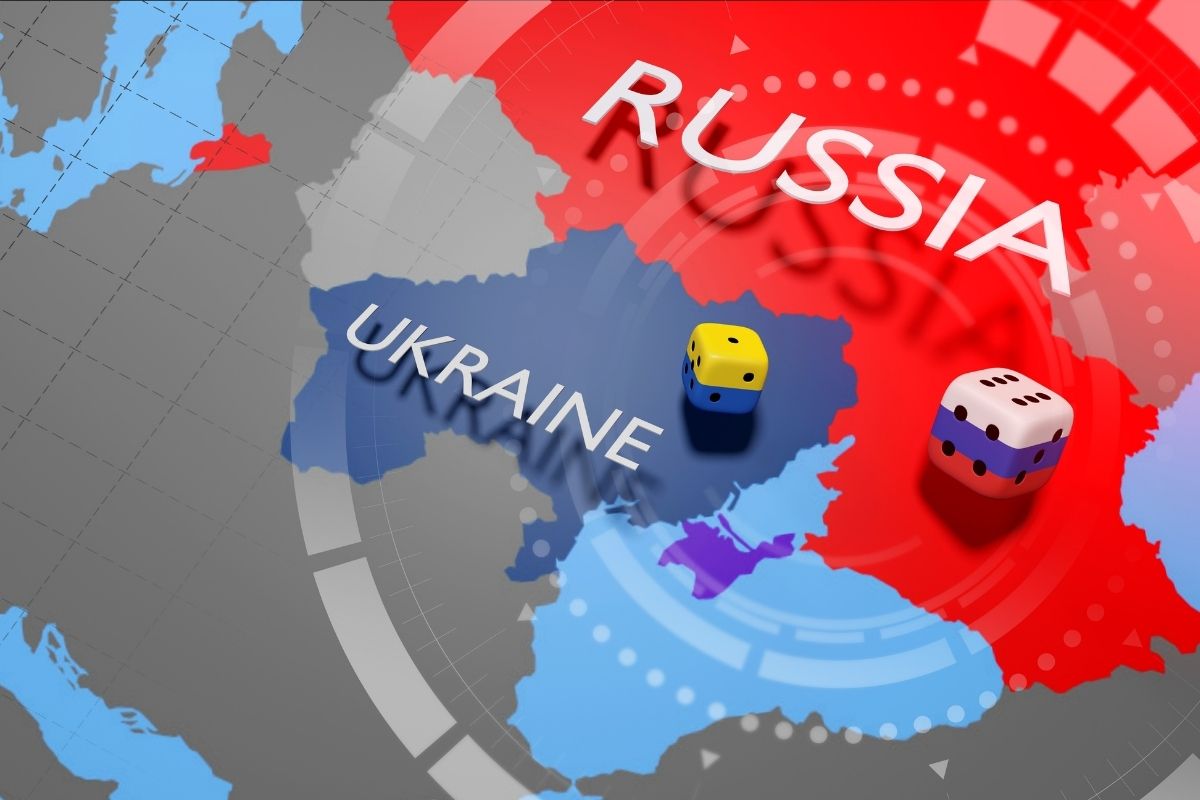 The global tension following the Russia-Ukraine conflict has taken up the world by storm. The involvement of the US and allied NATO members will result in further sanctions for Putin-led Russia. The present invasion however has one crucial aspect in the Russian favor- cryptocurrencies.

Russia attacked Ukraine this week citing its growing NATO influence as a threat to Russia’s national security. The current dissent between the two nations began as early as 2014 following Russia’s Crimea invasion. The US launched an efficient economic counteroffensive by barring all trade with Russian banks, natural gas, and oil producers resulting in Russian losses worth $50 billion annually.

As retaliation for the present invasion, NATO member nations will introduce additional economic sanctions to cripple Russia’s position in international trade markets. This will result in a fall of Rusian Ruble valuations, along with a global rise in oil and national gas prices. However, the situation may escalate further.

The Impact of Cryptocurrencies

Economic sanctions and threats from the Biden-led USA or Europe are not however not deterring Russia. Mainstream popularity and acceptance of cryptocurrencies across the globe have made them better options for cross-border payments settlements with increased transparency and visibility across the entire process. The US is the world’s top Bitcoin mining nation, as per hash rates.

Bitcoin, the first cryptocurrency, was actually designed as an alternative currency option for post the economic depression of 2008-09. Cryptos bypass conventional payment processing methods which place the US dollar as the all-important reserve currency and a medium for international transactions. Thus, Russian corporations will likely switch over to digital assets for international deals.

The Digital Ruble(Russian currency) is already undergoing development. A central-backed digital currency(CBDC) can be used for conducting international transactions if the recipient agrees. China was the first nation to pilot test its own CBDC, the Digital Yuan. On the other hand, Russia can also indulge inc cybercriminal activities like hacking and ransomware attacks, acquiring digital assets to make up for lost sanction revenues.

The underlying architectures of public cryptocurrencies like Bitcoin are decentralized and transparent blockchains. The distributed ledger technology allows visibility of completed transaction records. However, there are ways to modify the blockchain infrastructure and convert it into a permissioned blockchain- where it is difficult to trace transactions.

Also Read : Turkey to Set up Committee for Analysis of Metaverse and Crypto

Nations like Iran and North Korea have been using cryptocurrencies to reduce damages due to Western sanctions. UN reports have mentioned North Korea using digital assets for funding nuclear programs. The Russian central bank has already stressed the utility of CBDC as a tool for independence against the US dollar’s predominance.

As a repercussion, the US and European sanctions can strengthen bonds between nations already under its effect. Political analysts are also looking forward to the stance of China and India- respectively the world’s second and third-largest economies. China has been Russia’s largest trading partner both in terms of exports and imports. Xi Jinping, the Chinese leader had recently mentioned China’s association with Russia as limitless.

On the other hand, India enjoys a long-term “special and privileged strategic partnership” with Russia with the latter remaining its top defense supplier. But, it also needs powerful allies and trading partners like the US to counterbalance China’s growing influence and rising tension. The nation also proposed the launch of its Digital Rupee, scheduled to be released within 2022-23. However, unlike China, India has not made cryptocurrencies illegal. Everything hangs by a delicate balance.

The ongoing conflict has already made an impact on the global crypto economy, erasing over $200 billion. The worst-hit assets include Polkadot, Avalanche, and Cardano. Digital assets will have a significant role in resolving the current Russia-Ukraine conflict, or escalating it. World leaders have grown to accept the potential merits of cryptocurrencies along with their potential applications. Now, if only they could focus on making it a better place- prioritizing the human lives at stake.