Future of Crypto: Why The Current FTX Crash Presents a Huge Dip Opportunity for Long-Term Investors? 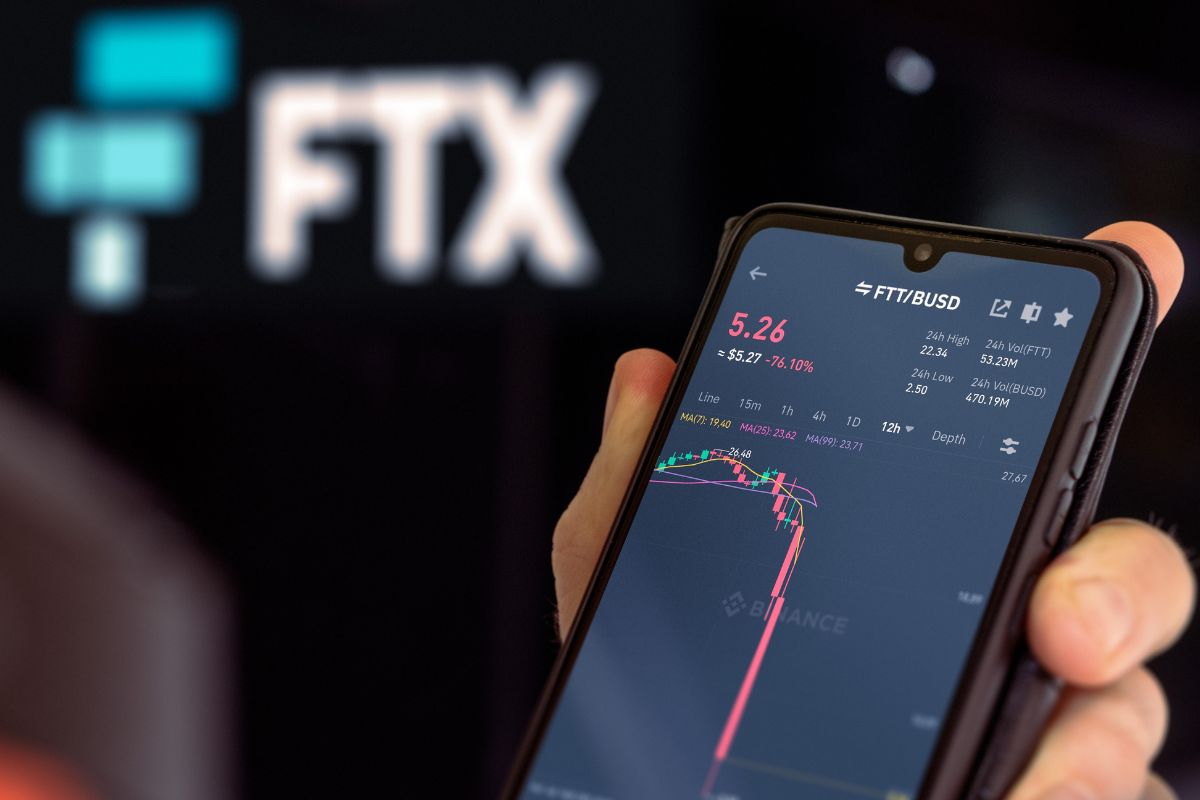 On a whole, 2022 has been a bad year for digital assets. Leading cryptocurrencies such as BTC and ETH have dropped to less than one-third of their previous year’s valuation. Bitcoin had reached an all-time high valuation above $69,000 in November 2021, while ETH followed a similar negative slope including the TerraUSD fallout, 3AC insolvency, and the latest FTX bankruptcy. The subsequent ripples are being felt by crypto traders around the world, with the market capitalization standing at a little over $800 billion compared to an all-time high exceeding $3 Trillion. However, not all signs are negative. Also, the best way to succeed as an investor lies in going against the flow. As investment guru Warren Buffett says, “Be fearful when others are greedy. Be greedy when others are fearful.”

What Led to the FTX Crash?

The astronomical rise of FTX under the helm of founder-CEO Sam Bankman-Fried has been short-lived. From rising to the world’s third largest digital assets exchange to the number of people to its current bankruptcy crisis, FTX has been accused of fund misappropriation to the tune of $32 billion. The digital assets exchange crashed at the beginning of November 2022 after a CoinDesk report brought light to the potential leverage and solvency risks in relation to its associate trade enterprise, Alameda Research.

Most of FTX’s valuation was based on its native exchange token FTT, which despite appearing as decentralized, was actually controlled by the FTX exchange. Bankman-Fried had made his career out of crypto arbitrage and leverage trading, solidifying his status as the mastermind behind the Kimchi Swap- profiting millions of dollars by trading crypto assets from one exchange to another on a daily basis.

The crypto winter dealt a severe blow the Bankman-Fried and all his enterprises. It was discovered that Alameda Research maintained massive holdings of the FTT token and planned to use it as leverage for raising further debt. The disclosure triggered a catastrophic crisis as the world’s largest digital assets exchange Binance disclosed its plans to sell FTT holdings, leading to panic selling around the globe. The exchange had filed for bankruptcy protection on 11th November.

Binance had initially offered to bail FTX but backed out citing discrepancies. Instead, it is now planning to bid for another bankrupt DeFi lending platform Voyager Digital. The FTX exchange was also attacked by hackers who succeeded in stealing assets worth $600 million. The person responsible became the 35th largest ETH holder, amassing $288 million worth of tokens of the world’s most widely used blockchain protocol.

The Impact of the FTX Crash on Global Crypto Markets

Following the crash, Bankman-Fried maintained that the exchange had an estimated $9 billion worth of assets(in both liquid and illiquid form) and owed $1 billion to the customers. However, recently appointed CEO John Ray III, acknowledged that FTX’s financial transaction records have been unprecedentedly consisting of everything from the compromise of system integrity, misalignment of regulatory oversights, and centralization of control among a small group of incompetent individuals.

Investor assets amounting to over $1 billion have been wiped off from FTX. While the new CEO had paused the withdrawal of digital assets to mitigate the effects of the hack, the SEC has placed his predecessor under scrutiny. The exchange also has impending criminal charges in the Bahamas. In addition, CFTC is investigating the mismanagement of users’ funds and possible fraud. FTT has declined 93.3 % over the past week, currently hovering between $1 and $2. The crash has also impacted BTC contributing to its descent beyond the $17k resistance.

Binance CEO Changpeng Zhao announced the initiation of a recovery fund to alleviate the agony of FTX-based projects with sound fundamentals and existing liquidity crises. However, there are additional repercussions as well. The meltdown of what was once considered a gold standard among digital asset exchanges has made investors apprehensive about crypto.

The Terra-Luna fallout and cryptocurrencies trading almost 60-70% below their November 2021 peak has restored the asset’s position as highly volatile. If FTX fails to recover, VC firm Sequoia Capital stands to lose the largest as an investor at $350 million, followed by Temasek($320 million) and Paradign($315 million). The stakeholders also included the Ontario Teachers’ Pension Plan, managing the retirement funds of almost 3.3 lakh teachers across Canada.

The Long Game: Blockchain, Regulations and the Future of Crypto

Massive integration of the underlying blockchain technology in addition to upcoming government regulation plans secure the establishment of cryptocurrencies as a legitimate asset class. The downward spiral of the ongoing crypto winter will not sustain in the long term as per forecasts from market research experts.

Ethereum, the world’s most widely used blockchain protocol, announced the initiation of the Merge- merging the original PoW-centric Mainnet with the Beacon Chain a blockchain based on the proof of stake(PoS). The complete switch from PoW to PoS will result in a 99% reduction in energy consumption for transaction validations. Meanwhile, ETH staking across the LIDO staking service is generating yield returns as high as 10 % on an annual rate. The improved efficiency will elevate Ethereum’’s demand contributing to an increase in market value.

In contrast to the declining BTC valuations, the market’s leading cryptocurrency as per market cap is still perceived as the gold standard. Bitcoin has seen increased adoption in businesses all across the world, gaining acceptance not only from major organizations(Google being the latest) but also in several nations. El Salvador made global headlines becoming the first nation in the world to adopt Bitcoin as legal tender. Other nations are also opening up to crypto payment options boosting business transactions.

Over the years, Bitcoin has been consistent in delivering high returns, though like all other digital assets had always been a highly volatile and risky investment choice. Even SEC Chair Gary Gensler admitted Bitcoin’s unique position among cryptocurrencies stems from its behavior as a “commodity” rather than possessing the key attributes of a “security”. Whatever happens, Bitcoin is here to stay.

Crypto Regulations: Why are they Necessary?

Thought leaders in the crypto industry have been rallying for the need for crypto regulation for quite some time. Yes, contrary to the general notion, the regulations prioritizing investor asset protection also benefit digital asset exchanges.

Looking forward to the potential merits, we find the following advantages of crypto regulation:

A higher extent of regulation will bring forward stability across a market globally known for being highly volatile. Critics may point out that regulations violate the very principles established at the inception of digital assets by introducing government/central backing. But the fact remains that these regulations address investors’ concerns about their assets, establishing legitimacy and security.

Almost all crypto regulations across the globe put utmost importance to the protection of investor assets. Stablecoins pegged to low volatile sources are likely to be the first ones that will feature regulation, following the TerraLuna fiasco. The safeguards will also boost investor confidence decreasing the chances of external manipulation.

It cannot be denied that crypto has been used by criminals for illegal financing and money laundering purposes. Stricter adherence to KYC and AML compliances will help governments keep track of fringe elements and weed out illicit funding for terror or other malevolent activities.

There needs to be the establishment of a standardized framework for crypto enterprises to adhere to and comply with. As per Gensler, the crypto ecosystem is still the “Wild West”. The apparent lack of crypto regulatory laws and policies has also significantly contributed to an astoundingly steep rise in crypto scams which exceeded $14 billion the previous year. In comparison, 2020 recorded a total of $7.8 billion, indicating a rising trend.

The Verdict: Is it a Good Time for Crypto Investments?

The current crypto ecosystem is undergoing a sea of change and looking forward to implementing regulations to eliminate some of the key concerns of the digital asset sector. Liquidity had always remained a primary concern, along with security. As capital crypto markets still remain highly volatile, it is still a risky venture. However, the rewards are also proportional.

Investors planning to venture into crypto may find the current scenario to be the best time. The markets are down, well below half of the previous year’s peaks. If we simply take Bitcoin, for example, it is now possible to buy more than thrice the amount of Bitcoins with the same investment capital compared to its previous year’s valuations. The markets will recover and stabilize post-implementation of global crypto regulations.

The present is a good moment for leveraging potential crypto opportunities. However, it is imperative that one does the imperative market research and invests only in crypto assets with a sound foundation. As any experienced trader would say, asset diversification is good. But with the markets still remaining highly volatile, it is recommended to invest a maximum of 5 to 10% of total available assets in cryptocurrency overall.

The crypto markets may experience another landslide following the FTX crash. However, reports reveal there had been gross discrepancies in fund management by former CEO Bankman-Fried and his associates. The current market is risky and volatile, but investments may be worthwhile in the long run. The takeaway is to be careful while investing in crypto- conduct due diligence research. Make good digital practices a habit- opt for high-security crypto exchanges(PayBito for example), utilize hot and cold crypto wallets, and do not disclose wallet keys. And avoid red flags(crypto scams and frauds)- what sounds too good to be true, rarely is.