Less Money Invested Into Crypto Funds Due to Stagnated Market

The inflows to cryptocurrency asset funds dropped last week. It fell the lowest when you compare to the earlier period this year similar to Bitcoin, ether, and additional cryptocurrencies. Moreover, other cryptocurrencies happened to retreat from all-time high-cost levels. 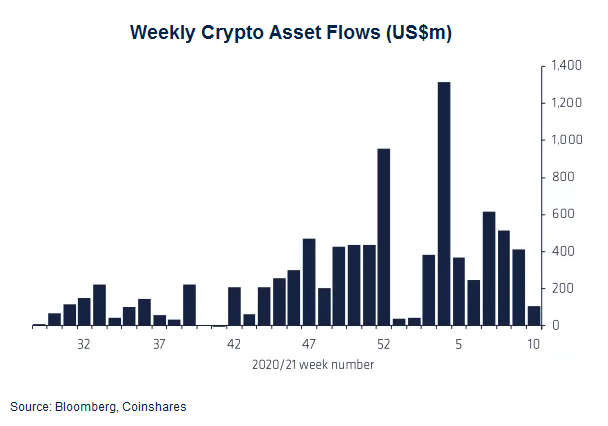 According to experts, here is a brief analysis of the price drop levels.

Also Read: FAQs on Bitcoin: Things to Consider Before an Investment

According to data, approximately 97% of inflows went to Bitcoin. This year, so far, highlighted that the Bitcoin volumes have remained considerably higher. Moreover, according to reports and insights on blockchain data, the net unrealized profit and loss of Bitcoin were about to get near to exceeding the belief range, thereby moving into the euphoria range.