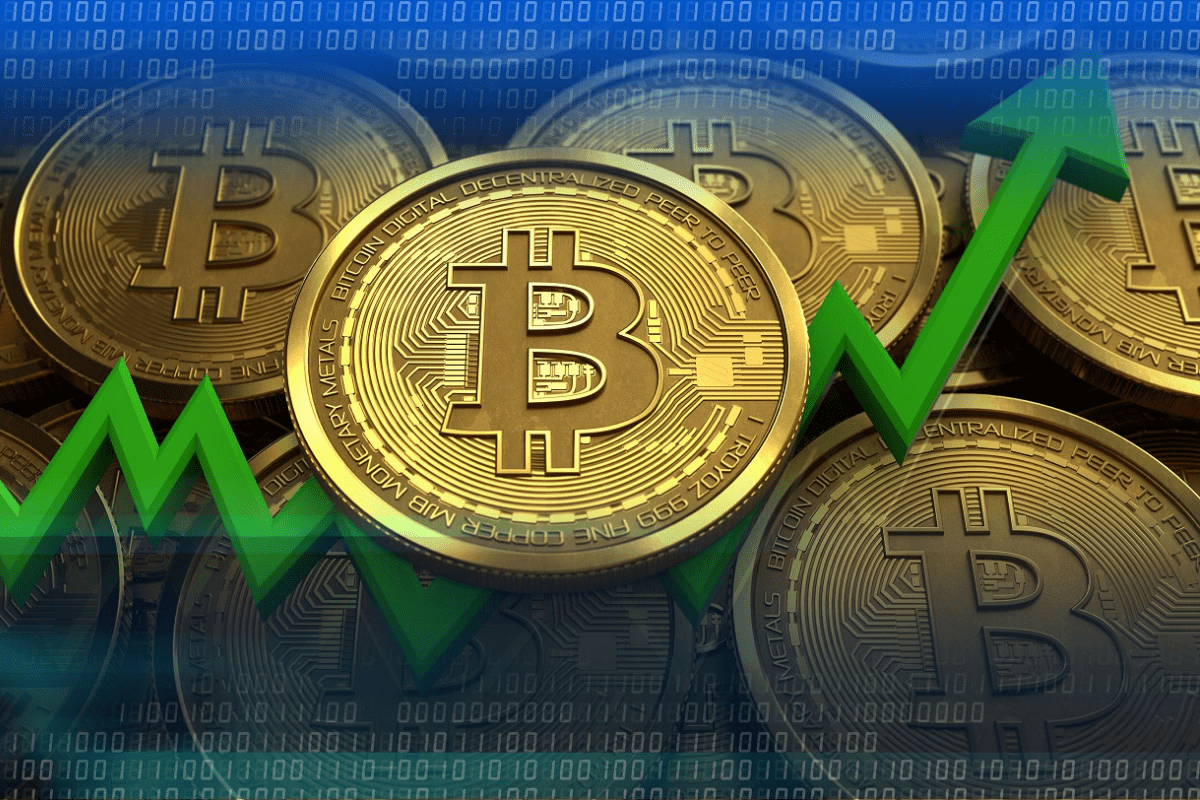 Bitcoin scales a good $47,500 followed by a light bend. It reads $46,998.10 at the time of writing. The price skyrocketed on Monday from around $43K after Tesla invested 1.5 billion in BTC. The sharp-tooth trajectory and staggering figures send shockwaves across the globe as trade-bulls keep speculating. The internet is flooded with queries relating to this soar. 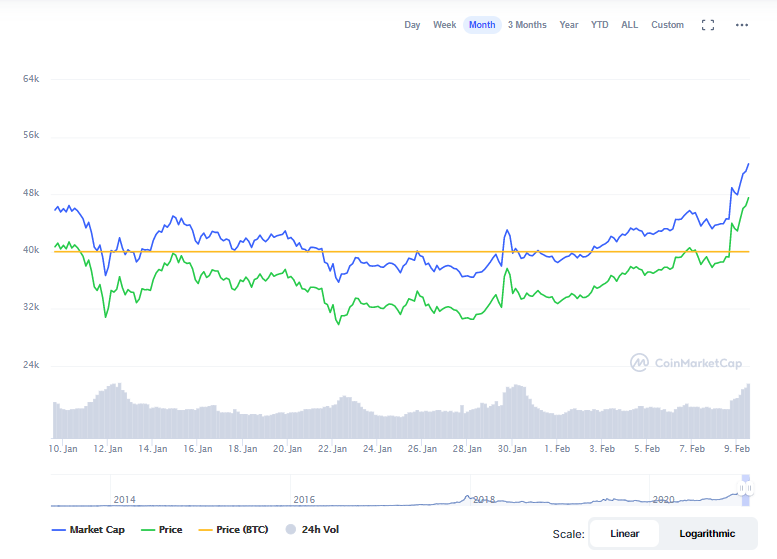 Historically, Bitcoin has come a turbulent path through sharp rises and massive crashes. It was invented in January of 2009 by mysterious persons with the intent of using it as a medium for daily transactions and a way to circumvent the traditional banking infrastructure after the 2008 financial collapse.

Although cryptocurrency is yet to gain mainstream recognition as a currency, it has picked up enough steam through a disparate narrative: Bitcoin is claimed to possess a store value and be used as a protection against inflation. This narrative may prove to be trustworthy but it has often derailed from the initial promise it came with.

Bitcoin is the first cryptocurrency to successfully record a transaction on a blockchain technology powered decentralized network. The cryptocurrency’s first soar occurred in 2010 when the value of a single Bitcoin leaped from around $0.0008 to $0.08. In the last year, Bitcoin rose 300% in value. It recorded a 14% rise in the past 24 hours.

January 8, Monday began with the Bitcoin hovering over $39,000 before a steep climb to and rough oscillations around the $44,000 mark. That was until Elon Musk of Tesla poured in $1.5 bn in the cryptocurrency boosting it further to touch the $47,500 mark and still holding around the position.

In 2020, the rise of Bitcoin is driven by institutional investment with large hedge funds and publicly traded companies driving this bull cycle. Also, they don’t present the same reputational drawbacks that retail investors do.

Predictions vary wildly as to where the Bitcoin price will land. Some foresee $60,000 by next year, others believe it might even smash $100,000.

But Finixio’s own Adam Grunwerg had warned last year that Bitcoin, still a very volatile asset that will probably continue riding the ebbs and flows. He said the current year could witness fluctuations as big as 20-30% in BTC value and behold, it did.

However, crypto trading experts are largely optimistic about the future, maintaining, these fluctuations are not going to be enough to slow it down. Bitcoin will likely break $50,000 in 2021.

Even though the rise and the falls the market trends reveal that despite Bitcoin’s volatility, new bull cycles witness the highs climbing higher and the lows getting higher as well. This is to conclude that Bitcoin reserves the potential to break its previous records and hold on to the higher price levels even after their price drops.